Feline Over-grooming: Did I Miss a Spot?

Cats are famous for their fastidious grooming rituals, and no cat owner would be surprised to learn that felines spend a large part of their day cleaning their fur and paws.

Grooming is a sign of a healthy cat and a completely normal activity for most.  However sometimes kitties overdo it, leading to bald patches or even lesions on the skin under the fur. This behavior is not normal and can be a sign of an underlying medical condition. 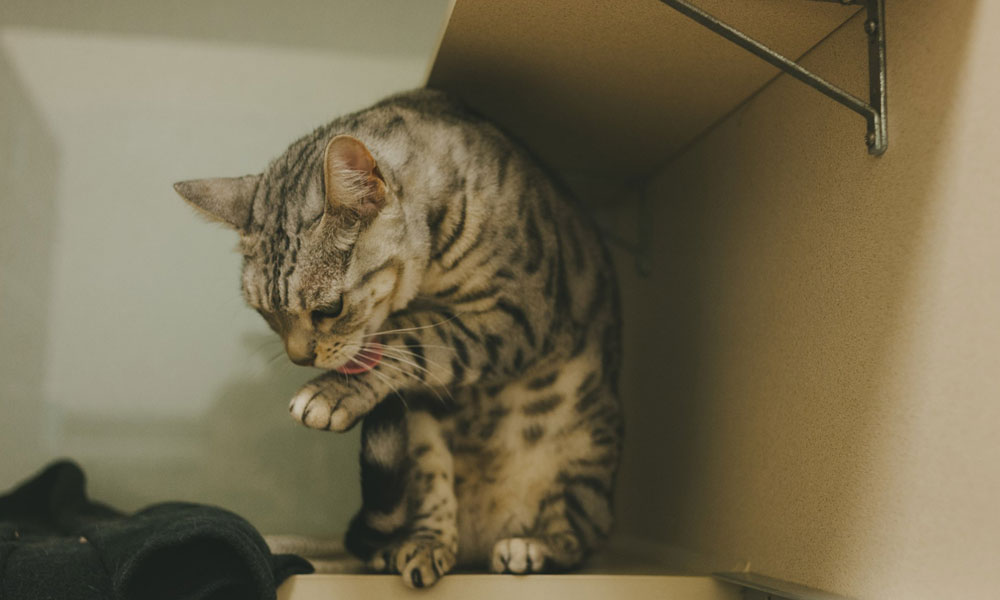 Over-grooming is usually caused by medical or psychological issues.

What are the medical issues that cause over-grooming?

Because they have long, sharp “fingernails” and short, stubby “fingers,” cats deal with itching and subdermal pain differently than humans do. Their claws are good for dealing with everyday itches, but they will eventually scratch up the skin if used too frequently or with too much force. So a cat’s tongue is often used to treat more chronic itching, and that can lead to over-grooming. Some common causes of chronic itchiness include:

What are the psychological issues that cause over-grooming? 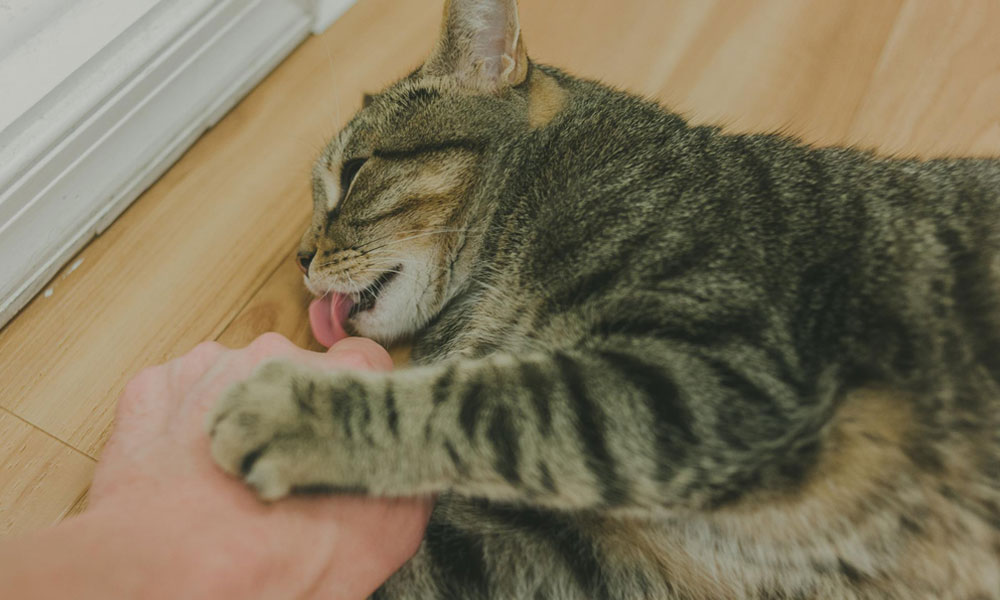 If you believe that your cat is over-grooming, the first step is to consult your vet and rule out any medical causes.   If you and your vet rule out medical causes and the behavior continues, then the cause might be psychological in nature. For example, your cat may be engaging in a stress-related compulsive behavior. Cats sometimes respond to changes in their living environment, such as a new pet, a baby or a move to a new house, by engaging in repetitive actions that decrease their stress levels.

Excessive grooming can also linger in response to a medical problem and can continue even after the health issue resolves.

What should you do if your cat is over-grooming?

Regardless of whether the over-grooming is caused by medical or psychological issues, make an appointment to have your cat seen. At Just Cats, we’ll help you figure out the best treatment plan for your kitty.

About the Author: Just Cats Clinic